Last week I received a message from the past. An old student, now in his 20s and travelling the world in what must amount to a long-awaited right of passage for that generation, who had their wings clipped by the pandemic just as they soared into adulthood.

This student was a highly intelligent young man who excelled in Latin, despite his best efforts to manifest as a rebel without a cause. We’ve all met them and they’re usually boys. Boys with attitude. Boys with a desire to say to the world: “I’m here, I’m different and the system doesn’t own me.” Most of them turn out to be jolly sensible once they’ve worked out that the bills need paying somehow.

“I’ve had many a thought since leaving school about the absolute ****hole I could be at times. I hope that everyone in the teaching profession knows how much they are appreciated by ex-students, even if the appreciation wasn’t shown at the time.”

He apologised for his bad language but said he couldn’t think of a better word to describe his behaviour in my Latin classes in Year 11. Once I had thanked him for his approach, we had a lovely chat, he proving very much his claim to have matured and developed since his 16th year. Well of course he has. They all do. And it’s lovely when they come back to you and acknowledge that maybe – just maybe – they might have been a little bit of a pain. It’s also a reminder that you never really know the impact you have had, and that the students you recall as the most unappreciative may turn out to remember you the most fondly. Certainly it has set me thinking about the ones that I failed. Some of them achieved perfectly respectable results in Latin, but if they didn’t remain as engaged, committed and motivated as I thought they should be, it always felt like a personal slight. This never changes, no matter how many years you spend at the chalkface. You might stop crying about it after the first few years, but that’s just learning to manage your own feelings: it never truly goes away.

As it happens, this particular student was not the most difficult member of his class, although he did sometimes act as a catalyst for the one who was. And oh, how he was. Let’s call him Dominic. Dominic I will remember until the day I die. Not because he was a nightmare in my classroom but precisely because, for most of his school years, he was a perfect angel. For me. Nobody else. I don’t know what I did or didn’t do, I don’t know whether it was the nature of my subject or the cut of my jib. He behaved. I remember one student remarking on it in Year 9: “You know, Dominic only behaves in Latin, Miss?” I did know. What I didn’t know was why. I carried on doing what I normally do. I used the system, in his case, consistently from the start of Year 7 to the middle of Year 10, it was only to reward, for I had no cause to sanction. In every other subject he received sanction after sanction, punishment after punishment. With wide-eyed horror I read of his behaviour in other classes, the things he said and did. It was utterly inexplicable. In Latin he was a translation machine: always onto extension work, competitive in all the right ways, diligent, focused.

Then one day, everything changed, or at least that’s how it felt. Dominic’s behaviour deteriorated and I began to see the boy I had read about on our behaviour management system, the one whom everyone else had seen from the start. I couldn’t believe it. My teaching hadn’t changed, or at least I didn’t believe that it had: maybe he would tell a different story. But from my perspective, my Jekyll had finally turned into Hyde. I was heartbroken.

Things were unpleasant but manageable throughout the second half of Year 10 but Year 11 turned into a crisis. Dominic had already been removed from more than one subject due to his unmanageable behaviour and when I found myself looking at the data for my Year 11 class after the Mocks, with a heavy heart I went to SLT and made the same request. The evidence was there in black and white. Dominic was already above target grade, and his presence in the room was causing so much disruption and distress to other members of the group that I had no choice as a professional but to remove him: several of the quietest girls were four grades below where they should have been and with all my energy and focus spent on managing Dominic, I simply couldn’t give those girls the time and attention they needed. SLT took one look at the data and agreed with me. So Dominic was removed from the class.

What happened in the end? Well, Dominic still smashed his H-prob grade, ending up with one that was two levels higher. It should have been three or even four levels higher, and would have been had he remained in my classes with the same level of application he had shown in previous years. I’d love to say that, once he’d been removed from the class, all those anxious girls met their target grades. They didn’t. However, they did better than they would have done had he still been there. What would I do differently? Honestly? I have no idea. To this day I can’t explain what happened.

When I tried to talk to him about it, Dominic laughed in my face. Laughed. It felt like a knife wound. This boy who had bought me a gift in Year 9, sought me out in secret because he was no doubt too embarrassed to hand it to me in front of his mates. A little fake pearl pendant on a fake silver chain, it remains one of my most treasured pieces of jewellery. But when in Year 11 I tried to ask him why things had changed for him and why he no longer seemed to enjoy Latin or to appreciate being in my classes, that same boy smirked at me and told me that Latin was boring.

Twenty-one years at the chalkface, seeing one or two cohorts of Year 11 students through every single year, a total of nearly 1000 students who concluded their Latin studies with the same positive attitude as when they had started. I can name dozens of students that stay in touch and remind me year on year of what I have to feel proud of. But I will always remember the one that got away.

Photo by Byron Breytenbach on Unsplash.

No matter how long you’ve been on this side of the desk (almost 20 years for me), the back-to-school nerves never seem to go away.

It’s completely inexplicable. I like my job very much, I have a good work-life balance and I know for a fact that the second I set foot in the classroom, all will be right with the world. I don’t recall having a terrible first class with any group, certainly not since my training days; yet without fail, at the end of every summer, the feeling returns.

Over the years I have learnt to manage the process more effectively. I accept that it will be difficult to sleep the night before our return, so I stock up on an over-the-counter sleep remedy, which helps. After one awful year when I was plagued by horrendous anxiety-related gut cramps, I also watch what I eat and drink and am careful not to overload on food or on alcohol on the couple of nights before term starts; it’s just a little bit too easy, past experience has taught me, to enjoy the Last Supper only to end up paying for it in agony.

The last few nights of the summer holiday are often visited by anxiety dreams. For me, these tend to take the form of the nightmare class that won’t be quiet. Again, this is something that I do not expect to happen in reality but clearly the anxiety is there. Other colleagues have reported classic anxiety dreams involving lateness to work and (my personal favourite) being so late for a school trip that it was absolutely essential to leave home immediately and get behind the wheel of the school minibus completely naked; there was simply no time to get dressed, apparently.

My family and non-teaching friends find the nerves surprising and to some extent concerning. In truth, they are neither. For I know from others that my experience is not uncommon. As I settle into bed on the last night before the new academic year rolls around, teachers like me across the whole country will be lying awake.

There is comfort in that solidarity. 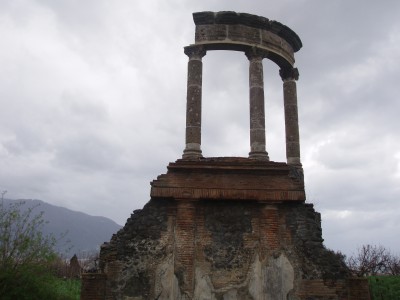